Staffless Libraries (More on the way)

Mayor Tory and his Executive Committee have publicly committed to extending open hours of Our Public Library. That’s a great thing.

What Tory won’t tell you, is that he will extend open hours by making them Staffless.

But it’s not a done deal. City Council must approve this plan first.

Today, with the click of a button, we are asking you to send a message to City Council. Ask them for a firm commitment that they will not support any motion, which will result in the spreading of Staffless Libraries.

Anything short of a commitment is just an empty promise.

Please, send your message right now. It’s not too late.

Staffless Libraries were first introduced to the Toronto Public Library (TPL) in November 2018, as a one-year “Pilot Program.”

Currently, they operate in two neighbourhood branches, the Todmorden Room and Swansea Memorial.

Almost everyone agrees TPL should be open longer. Our Public Library plays a vital role in the health and wellbeing of Torontonians.

Every year, there are more than 19 million visits to TPL – by far making it the busiest Public Library in North America.

Despite Toronto’s booming population and increased usage of TPL services, however, there are now 25% fewer Library Workers than there were twenty years ago.

Unless we stop Mayor Tory and his Chief Library bureaucrat, Vickery Bowles, libraries across the city will soon be open for hours at a time with no library staff onsite. No one to ask for help. No one to run programs that meet your community needs. No one to turn to in an emergency. 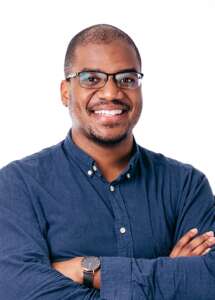 OurPublicLibrary.to began as a campaign that successfully fought against former Mayor Rob Ford’s cuts and closures to the Toronto Public Library (TPL).

Since, we have grown to a network of 35,000+ supporters dedicated to the protection (and enhancement) of TPL, its workers and the services they provide.